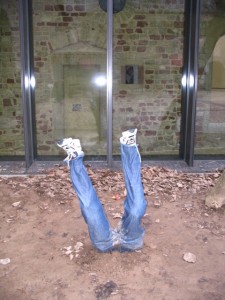 The debate about Auckland’s housing debacle took a new turn this week. The answer now appears to be to remove the urban/rural town planning boundaries and follow the guidelines established in the Wild West. In other words  – none!

Well, I have two problems with that. Firstly, there is a famous quote around, which I can subscribe to wholeheartedly – “we don’t need to build housing, we need to build communities”.  I do not see any evidence that building communities is even a consideration.

Secondly, if we remove the urban/rural boundaries and just start building all over the place, we will wake up one day and will have built dwellings on the most fertile soils in the country. Pukekohe comes to mind. What are we going to eat, pray tell? We can’t just stick our head in the sand and pretend this is not happening. Auckland has an unfortunate history in covering up the land, which feeds its citizens, with houses – and  judging by some of the comments made by certain politicians this week, we are about to do it all over again.

The history of market gardening in Auckland is well documented.  As the city has grown, market garden areas were pushed out.  At the turn of the 20th century, Auckland’s market gardens were clustered around the area occupied today by the Ellerslie racecourse.  By the end of World War II, the vegetable growing focus had shifted to Mangere  – now the site of a sprawling South Auckland suburb and Auckland Airport.  Today, vegetable production centers around Pukekohe.  And whilst some crop production, in the case of potatoes and onions for example, has already moved further down country to Matamata, it just would not be possible to shift Pukekohe’s entire vegetable production simply elsewhere.  Horticulture New Zealand’s recent press release on the matter says it all.